Spiritual Awakening: How to Make It a Simple Practice 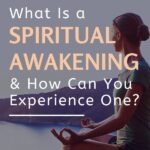 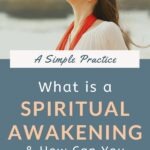 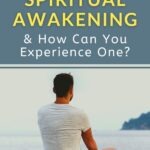 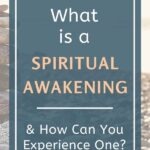 Benefits: Discover a simple 4-stage practice that can lead you to a spiritual awakening.

So That You Can: Realize your full potential!

Spiritual Awakening: How to Make It a Simple Practice

Phew — I’ll bet you weren’t prepared to be peppered with questions when you opened this post. You’re here to find a simple practice that will lead you to your spiritual awakening; not to be ushered into an existential crisis ?

But these are the questions that make you crave a spiritual awakening, aren’t they? The questions that fortify your hunger for purpose and passion in your life. So, we have to acknowledge them if we hope to formulate any sort of answers. And that’s not going to be an easy task.

The answers to these questions are very elusive, and the concept we’re going to talk about can be just as elusive. It’s one of those concepts that makes complete sense, until you try to apply it in your daily life. That’s when you figure out you don’t understand the concept nearly as well as you thought you did.

Now, you’re probably thinking — Wait a minute! You advertised this as a “simple practice.” A bit misleading, don’t you think? No, what we’re going to talk about is a very simple practice, but the simplest things in life are typically the hardest to achieve, aren’t they? (Oh . . . mic drop!)

So bear with me, and I think you’ll find both a simple practice to achieve spiritual awakening and a way to transform yourself into the person you were always meant to be.

What Is a Spiritual Awakening?

Before we get too far into this thing, we should probably establish a shared understanding of what we’re talking about. ?

And, because the term “spiritual awakening” tends to stir up thoughts of religion, it’s also important for us to create a clear distinction between religion and spirituality. Religion is an organized way of coming together with others to find common values and beliefs. Whereas, spirituality is a personal experience through which you find your personal values and beliefs.

With this distinction in mind, consider this explanation from Urban Dictionary:

Spiritual awakening refers to a shift in consciousness, [a mental perception] of reality which had been previously unrealized.

You Don’t Have to Call It Spiritual Awakening

Maybe the term spiritual awakening doesn’t work for you. That’s cool. The same concept has been called many different things by many great minds. But, at the end of the day, each one shares the same underlying message — you go through a transformation of some sort so that you can connect to a higher consciousness.

My point is, try not to get too caught up in semantics or in thinking that there’s only one way to have a spiritual awakening. Stay curious, and find what makes sense to you. Maybe one of these concepts will resonate with you.

For today, we’re going to focus on spiritual awakening from an alchemist’s perspective. They demonstrated the simple practice we’re going to discuss next.

The Simple Process of Transforming Lead Into Gold

Yes! Finally! The simple process you’ve been waiting for!

Get a piece of lead, heat it up for a very long time until it turns red, combine this red substance (also known as a philosophers’ stone) with any base metal, and voila! You have gold! And, you’ve experienced a spiritual awakening!

Okay, okay, I suppose this simple process might require a bit more explanation. ? This is where the alchemists’ perspective on spiritual awakening comes into play. So let’s talk about alchemy a bit.

Alchemy, the precursor to chemistry, predates Christ, and it centered around transforming one state of being into another through an almost magical process. Many alchemists focused on changing metals into other metals and made it their life’s work to create a philosophers’ stone — the substance that can turn any base metal into gold. As you can imagine, this was a very arduous process given the limited tools and resources they had, but it was an almost impossible task for another reason as well.

Alchemists believed that one had to be spiritually and psychologically aligned with the alchemical process in order for it to work — in order to create the philosophers’ stone. So, basically, they believed that you have to get your internal world in order before you can go around changing the external world. You have to go through a spiritual awakening before you can turn lead into gold.

The Actual Practice (I Promise ?)

The alchemical process of turning lead into gold consists of four stages, and each stage represents a step toward spiritual awakening — the simple practice you’ve been waiting for. And it goes a little something like this.

That’s it. Simple, right? Maybe you’re shaking your head, but, like I said before, the simplest things in life are typically the hardest to achieve. And, if you read back through the four stages, this really is a simple practice, but it’s not an easy practice by any stretch of the imagination.

And that’s the whole point! It’s not supposed to be easy. Not everyone is supposed to be able to do it. It’s a practice that should take the better part of your life, if not your entire life, to complete. But it’s something worth trying to achieve, isn’t it?

Now it’s time to see if we can find a practical way to use these vague concepts in our everyday lives.

As I was writing this essay, I realized that I’ve unwittingly used this practice in my life several times. The first example I thought of was the process I went through to turn my accounting career from lead into gold.

I’ve been an accountant for over 25 years. Along the way, there have been many Death stages, but the final one was when I left my career in public accounting behind to form this organization. I had to let that part of myself die, so to speak, along with my notions about accounting work.

After I left public accounting, I worked on The Expectation Gaps full time for about 7 months and went through a Purification stage of sorts. I had to face the magnitude of what I was trying to accomplish, my limitations, and my weaknesses. And I had to find a way to deal with all of the uncertainties I was facing. It was definitely a painful process, and, during that time, even thinking about performing accounting work again almost made me sick to my stomach. But . . .

Then, I happened to chat with a former client of mine and learned that his new accountant was not serving him very well. Suddenly, I felt a call to serve him, and I saw an opportunity to serve him in the way that I saw fit; on my own terms. That’s when I realized I had reached the Consciousness stage of my accounting career. I had let the parts of my career that didn’t serve me die off, and I had faced parts of myself that I’d kept hidden in my former career. I was now prepared to re-imagine the role accounting would have in my life.

You are definitely capable of having a spiritual awakening; of transforming yourself into the person you were always meant to be. But . . .

And then, maybe, just maybe, you’ll find the answers to all of those questions I asked at the beginning — your purpose, the reason you’re here, and the point of it all!

If you’re ready to start this four-step practice, be sure to take advantage of the worksheet I put together for you. It will empower you to go from inspiration to action.

Click here for more posts with a “manifest what you want” theme.

Introduction to Carl Jung’s Psychology via The Four Stages of Alchemy, posted to YouTube by Rise From Eden on 3.16.20

“This is something I learned from Carl Jung & his studies on Alchemy.” Jordan Peterson, posted to YouTube by TheArchangel911 on 4.26.19

Carl Jung and Alchemy | Jordan Peterson, posted to YouTube by Choose Truth on 9.16.20 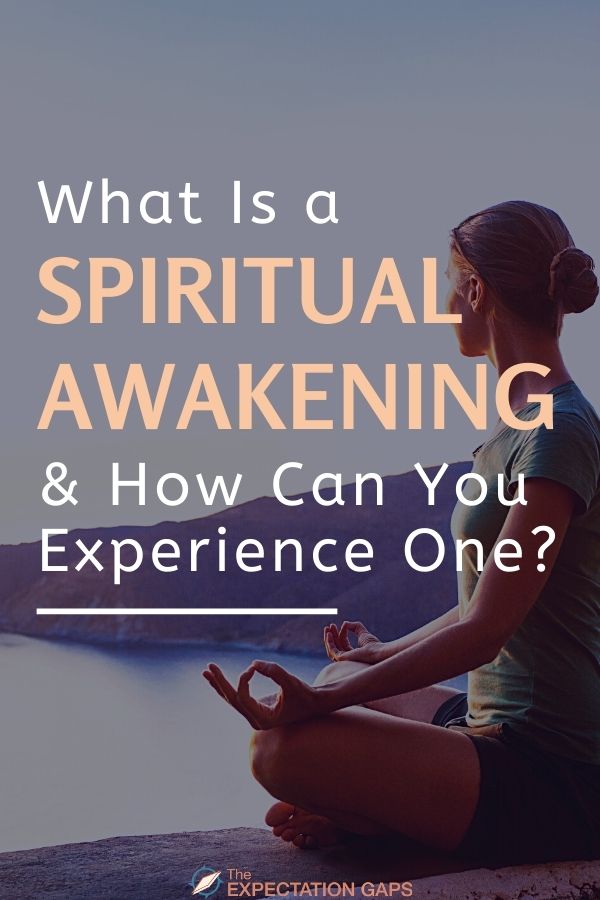 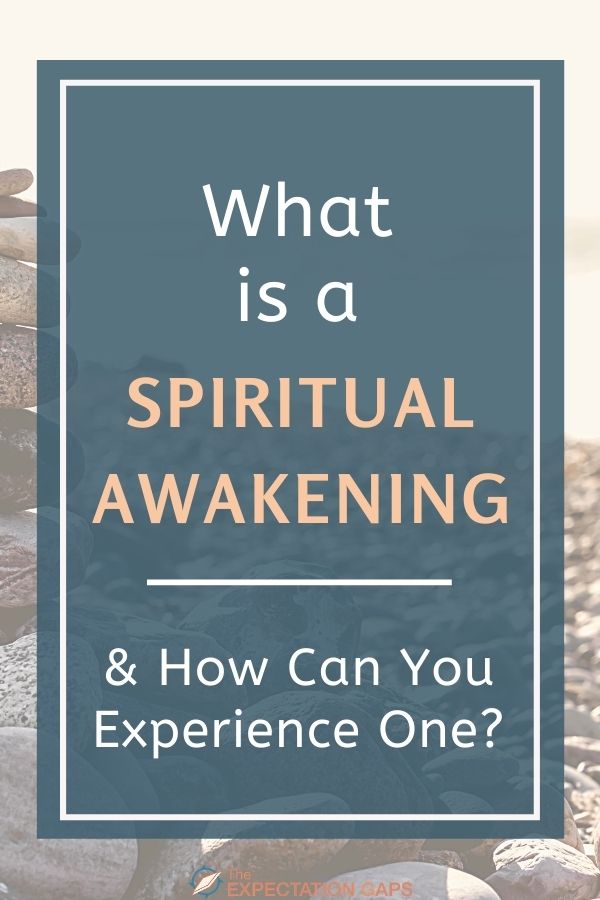