To Be a Better Person, You Need to Understand This 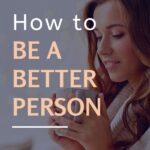 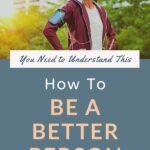 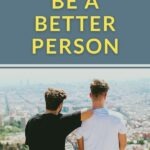 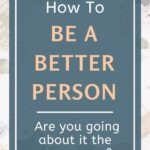 Benefits: Define what it means to be a “good”, or better, person.

So That You Can: Be a better person by personifying this definition.

To Be a Better Person, You Need to Understand This

Then, I told you that trying to “help” others does more harm than good most of the time?

And then, I told you that you really have no idea what’s good for yourself or anybody else?

Wow! You’d probably feel pretty crappy about yourself, wouldn’t you? You’d probably start questioning all the time and effort you’ve spent trying to be a better person. And, you’d probably be a little apprehensive about offering help to anyone ever again.

I know. I get it. Because this is the exact road I went down after listening to a lecture from the great Alan Watts. In this lecture, Watts discussed virtue, the falsehoods hiding behind “virtuous” acts, and the dangers of living according to the virtues you’ve been taught. And I knew, after listening to the carefully chosen words of this wise man, that I’d stumbled across some knowledge that is both brilliant and terrifying.

So what did I do? I Stayed Curious! of course. Because, like you, I want to be a better person, and I had just learned that I might be going about it the wrong way. That’s a scary thought, isn’t it? But I was up for the challenge of shifting my mindset, and I know that you are too!

What Exactly Do You Need to Understand

First of all, I don’t know that you really “need” to understand what I’m about to share with you. Especially since Watts told me that I don’t know what’s good for other people. So, how can I possibly know what you need? Only you can figure out what you need. But, search engines like that word, so there it is.

For the sake of this discussion, let’s at least agree that what I’m about to share with you is valuable information you can use for your personal development, in whatever way you choose to.

So, with those thoughts in mind, we’re going to discuss:

All Do-Gooders Are Trouble Makers

I felt my muscles tense as I heard Alan Watts speak these words — all do-gooders are trouble makers. After all, I’m kind of a do-gooder, aren’t I? Maybe you consider yourself a do-gooder as well. Maybe we both think we’re virtuous people, but we’re really just fooling ourselves. Maybe we’ve created an illusion of virtue.

My mind continued to reel as Watts went on to recount an old parable involving a monkey, a fish, and a flood. During this flood, the monkey’s hanging out in a tree and sees a fish moving around in the water. The monkey thinks the fish is struggling and in danger of drowning, so he picks the fish up out of the water and brings him to the safety of the tree. But we all know that a tree’s not a safe place for a fish. In fact, it’s a death sentence.

And there it was, perfectly illustrated — this illusion of virtue.

The point is, as I alluded to in the opening paragraphs, we don’t know what’s best for other people. As much as we like to believe that we do. And imposing our needs, beliefs, and opinions on others is not a virtuous act.

As a do-gooder, this is a hard pill for me to swallow, and maybe it is for you too. I’ve often taken pride in my ability to “help” people. To offer advice when I saw things that I didn’t think they could see — because I thought that advice could make their life better. And, I believed that I would be a better person because I had helped someone else become a better person.

As I continued to listen to Watts, I began to suffer a mild identity crisis. But, after examining my expectations, I realized that this way of thinking, my monkey mentality if you will, has backfired on me several times in my life. So, I started searching for a happy medium, and I think I found one that I’ll share with you soon. But, there’s another illusion of virtue we should discuss first.

And, in case you’re not sure if you are a do-gooder or not, I thought it might be helpful to end this section with the definition of a do-gooder. According to Cambridge Dictionary, a do-gooder is:

Someone who does things that they think will help other people, although the other people might not find their actions helpful

Now, let’s move on to that other illusion we were going to discuss.

There was a time when torturing people was regarded as a virtuous act, deemed necessary to root out heresy. A lobotomy was considered a virtuous solution to the “evils” of mental illness. And, even today, wars that kill thousands of innocent people are justifiable, and maybe even regarded as virtuous exercises, because they are believed to serve the greater good.

Which points directly to another illusion of virtue — no one really knows what’s best for the greater good. Not sure you agree with me? Then consider this quote from Alan Watts:

[Our world] is an enormously complex, interrelated organism, and we really do not know how best to interfere with it.

This simple, yet profound, statement is nearly impossible to argue against, isn’t it? Just take a moment to consider the countless examples of “virtuous” acts gone wrong. All the times throughout history that people interfered with the world in the name of the greater good only to cause death, disease, and destruction.

Think of the times when you’ve interfered with your personal world of influence, without understanding the complexities of the situation, only to have your good intentions blow up in your face.  It’s happened to me once or twice (okay, maybe a few more times than that ?).

Now that we’ve identified some illusions of virtue, and some of the consequences of acting on these illusions, we’re ready to find out what it really means to be virtuous.

What Makes a “Good” Person Good?

With that being said, we should probably figure out what it means to be a “good”, or virtuous, person.

When you say something is “good”, what do you really mean by that? You mean that it performs the function it’s supposed to perform, generally speaking. A good camera takes crisp, clear pictures. A good pen glides across the page leaving a strong line of ink behind it. A good pair of shoes protects and supports your feet.

But what function is a “good” person supposed to perform? At a base level, people are meant to grow (physically and psychologically) and propagate the species. In order to perform these functions, people have to be healthy, rational, and social. So, in a nutshell, a “good” person takes care of themselves, uses reason, and gets along with others. Hmmm…I’m pretty sure these are all things we were taught in kindergarten, but life has a way of making us forget them. ?

His theory makes a lot of sense when we look at it in relation to the four cardinal virtues of Greek philosophy:

So, when you’re considering an action, just think, what would Goldilocks do? Is the action too much, too little, or just right? (Geez, we learned this in kindergarten too, didn’t we? ?)

Is It Possible to Become a Virtuous Person?

Yes! Virtue is a trait we can develop, whether we were born with a natural tendency toward it or not. According to Aristotle:

Virtue is a skill, a way of living, and that’s something that can only really be learned through experience.

So, how do you develop virtue? How do you make finding the Golden Mean effortless? How do you become a better person?

Based on my research, there are three ingredients to becoming a virtuous person.

Then, you have to accept those parts of yourself. Why? Because what we resist persists, and your persistent dark side will suck up all the energy you could be using to become a virtuous person.

How to Become Your Best Self: Embrace Your Dark Side

It’s really just a fancy way of saying, fake it till you make it. Find people who you think are virtuous, and try to be like them. Or, you can create an image of someone who has the traits of a virtuous person and try to live up to that image.

Eventually, these actions will become effortless. You won’t have to consciously think about practicing them. And that’s when you will be a truly virtuous person.

Stay Curious! I’ve given you an introduction to virtue, but I’ve only scratched the surface. My hope is that I’ve piqued your interest enough so you’ll keep Deliberately Thinking about what you’ve read here.

Keep questioning yourself. Why do you want to be a better person? What does a better person look like in your mind? What steps can you take today to get closer to that vision?

And, to pique your interest a little bit more, I’ll leave you with two fascinating quotes to ponder:

The highest virtue is not conscious of itself as virtue and, therefore, really is virtue. Lower virtue is so self-conscious that it’s not virtue.

[Become virtuous] so you can bear the suffering of life without becoming corrupt. . . . Nothing is more practical than virtue.

If you’re ready to start your journey toward becoming a virtuous person, be sure to take advantage of the worksheet I put together for you. It will empower you to go from inspiration to action.

Alan Watts – The Road to Hell is Paved with Good Intentions, posted to YouTube by After Skool on 12.22.20

Jordan Peterson – Why be Virtuous?, posted to YouTube by Bite-sized Philosophy on 4.17.17

What Are the Four Virtues of Stoicism? | Ryan Holiday | Daily Stoic, posted to YouTube by Daily Stoic on 11.21.19

The Seven Virtues: Cardinal & Theological Virtues, posted to YouTube by The Religion Teacher on 10.21.20

Be a Better Person Worksheet P 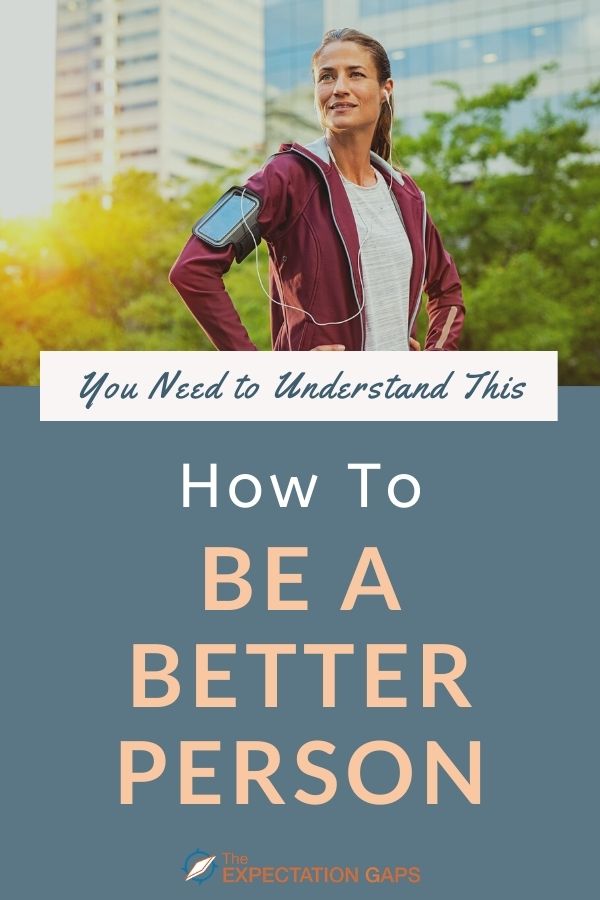 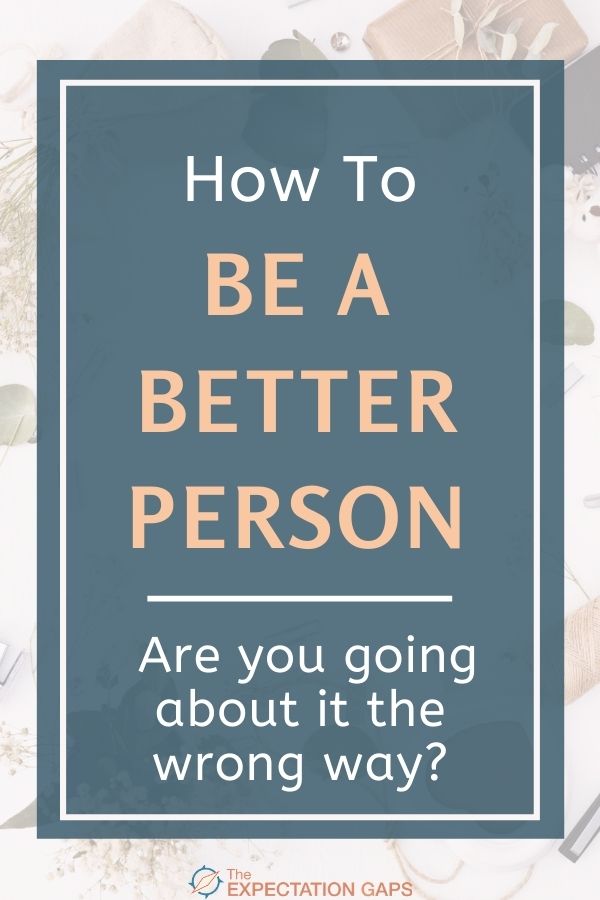