A Candid Look at the Value of Making Sacrifices 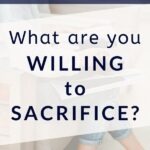 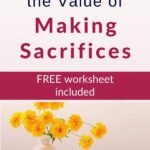 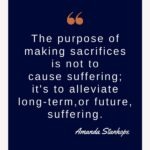 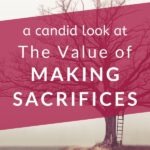 Benefits: Shift your mindset when you think of making sacrifices.

So That You Can: Look at making sacrifices as a positive thing.

A Candid Look at the Value of Making Sacrifices

Sacrifice — what an ominous word. A word that elicits a sense of dread and foreboding.

So why do we use this word when we’re encouraging people to live their best life? We say things like, “Making sacrifices is the only way you’ll ever reach any level of success — happiness — love — etc.”

That, my friends, is exactly what we’re going to Deliberately Think about today by discussing:

We Make Sacrifices to Ease Suffering

For starters, you have to sacrifice idealism, comfort, pleasure, cowardice, and self-righteousness. But stop and Deliberately Think about that a minute. If you could sacrifice each of these things, wouldn’t your life have more value? Wouldn’t you be well-adjusted, wise, and maybe even calm? And wouldn’t possessing these qualities lead you to live a life of minimal suffering?

After all, you cannot control the external world. It’s going to try to break you down. But, you can control your reactions. You can control whether you suffer or not by learning to control your emotions and impulses. And you gain this control by sacrificing some short-term pleasures and comforts.

When we seek comfort, rather than meaning, we find ourselves in what Viktor Frankl called an existential vacuum. This existential vacuum leads us to depression, aggression, and addiction. How do we avoid the vacuum? By making sacrifices of course.

If there’s anyone who can speak to the pull of the vacuum, it’s Frankl. He was a highly regarded neurologist and psychiatrist who was also a holocaust survivor. One of his claims to fame is logotherapy, a type of psychotherapy. In Frankl’s own words, logotherapy:

Considers man as a being whose main concern consists of fulfilling a meaning and in actualizing values, rather than in the mere gratification and satisfaction of drives and instincts.

Think about it. This guy lived (if that’s even the right word for it) in four different concentration camps over a three year period. He lost his wife, mother, father, and brother. He witnessed some of the most atrocious acts man has ever committed. And yet, he was able to find meaning in his life.

Frankl discovered what meaning meant to him because he had sacrificed everything except the freedom to choose his attitude. He is quoted as saying:

Yes, Frankl was forced to make many of the sacrifices he did; he didn’t choose to do so. And his sacrifices were far greater than the ones we need to consider making. Still, his sacrifices had value. They ultimately led him to live a life of meaning, which is something many people will never realize.

What Kinds of Sacrifices Should We Consider?

As I said, we don’t need to go to the extremes of losing our families, possessions, and freedoms. However, there are three categories of sacrifice for which the value of the sacrifice is much less than the value of what could be gained.

Let’s discuss each of these categories and figure out what greater value could be gained by making a sacrifice from each one.

Time and money are interrelated because they both offer us opportunities, if we spend (sacrifice) them wisely. These opportunities allow us to create greater value than we started with.

Let’s consider a couple of simple examples that you may be able to relate to:

Now, how about a couple of personal examples to further bring the point home:

You see? When we talk about making sacrifices in these terms, it doesn’t even sound like sacrifice, right? It doesn’t sound so ominous or foreboding. So let’s keep going.

Let’s consider these cliche examples to see what I mean:

And then we have these not-so-obvious examples that you might be able to relate to:

There will be turning points in your life when you have to sacrifice your ego and pride in exchange for the greater value of peace of mind and self-respect.

Or how about this example:

And last, but not least, let’s consider this personal example:

Is there something you need to decide to sacrifice now to receive something of greater value in the future? Something that’s just waiting for you on the other side of that decision.

Sacrifice doesn’t have to be a four-letter word (mainly because it’s not). It doesn’t have to have a negative connotation. It’s entirely up to you and your mindset. Do you want to focus on the trivial value of the sacrifice or the significant value of what you have to gain?

Need a bit more guidance to answer that question? Then don’t forget to take advantage of the worksheet I put together for you. It’s meant to help you go from inspiration to action.

Click here for more posts with a “ditch mediocrity” theme.

If you found value in this post, please consider supporting us for as little as $1 by “buying me a coffee” on Ko-Fi. Click on the “Support Us” button in the lower left-hand corner.

The philosophy of Stoicism – Massimo Pigliucci, posted to YouTube on 6.19.17 by TED-Ed

Would you opt for a life with no pain? – Hayley Levitt and Bethany Rickwald, posted to YouTube on 11.17.15 by TED-Ed

Viktor Frankl: Logotherapy and Man’s Search for Meaning, posted to YouTube on 7.26.16 by Academy of Ideas

MAN’S SEARCH FOR MEANING BY VIKTOR FRANKL – MY FAVORITE IDEAS ANIMATED, posted to YouTube on 5.13.15 by Fight Mediocrity

What Is Stoicism? A Definition & 9 Stoic Exercises To Get You Started, posted to Daily Stoic

Stoicism, posted by The Basics of Philosophy 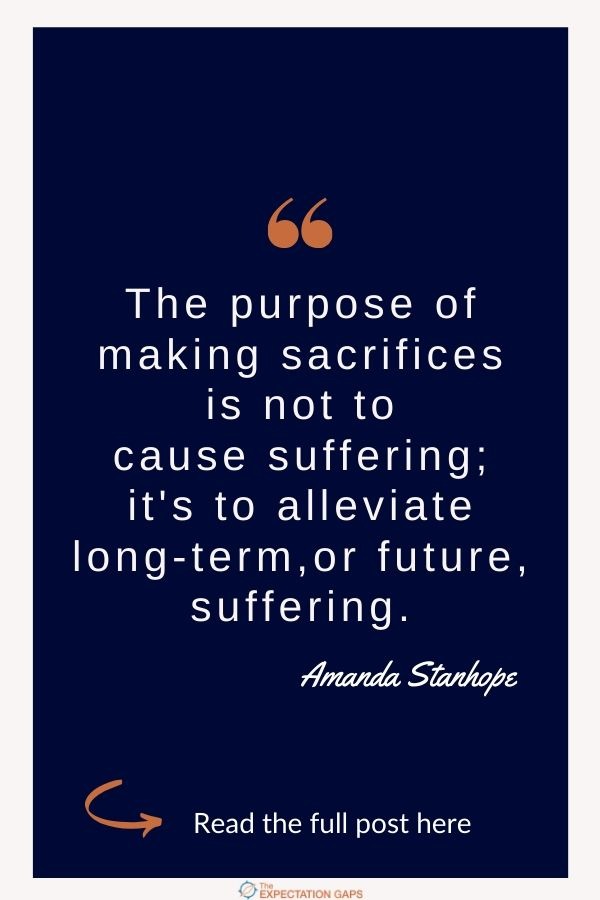 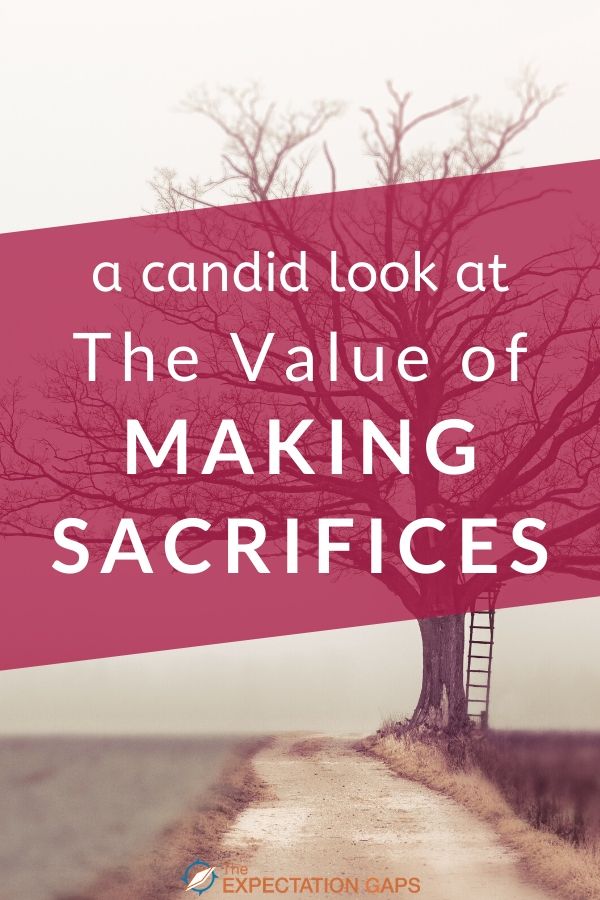