The World Needs You to Lead by Example 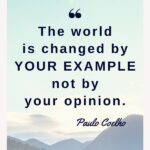 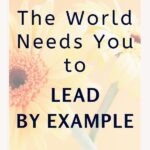 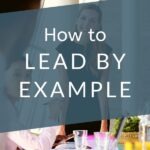 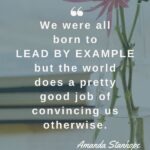 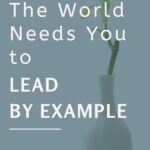 Benefits: Identify your leadership style and ways that you can lead by example.

So That You Can: Change your world.

The World Needs You to Lead by Example

Let’s pretend that we’re John Lennon for a moment and Imagine what the world would look like if we all chose to lead by example.

If we learned to listen before we speak. If we knew how to make people feel safe. If we left our ideologies at the door so that we could see people as individuals.

Maybe you’re thinking, “But I don’t know how to be a leader.” Sure you do! I think we were all born to lead by example, but the world does a pretty good job of convincing us otherwise — that we can’t make a difference, that our vision isn’t important, and that the people we look to as “leaders” are somehow so much better than us.

I received a nice little reminder that we can all lead by example when this quote from Paulo Coelho popped up in my LinkedIn feed the other day:

The world is changed by your example, not by your opinion.

This profoundly simple message is one that needs to be spread right now. As I write this, our world is facing a heightened level of social unrest caused by two events that have shattered many of our illusions.

First, the world came to a standstill when COVID-19 was introduced to the masses. And then, world-wide protests, both peaceful and violent, began after the heinous killing of George Floyd in Minneapolis, Minnesota.

These two events have made something painfully obvious: our world is begging for people to lead by example. But how do we heed this call? We’re going to start today by taking the time to figure out:

Anyone Can Be a Leader

You don’t need to have a fancy title on the door of your penthouse office to be a great leader. In fact, you could have the lowliest title in the company, work in the basement of that same office building, and be a better leader than the person sitting on their roost so high above you. Don’t believe me? Then let’s look at a couple of examples.

That person in the penthouse (let’s call him Penthouse Pete) is focused on the company’s goals and public persona, i.e. branding, whether those goals are important to him or not. Pete exerts his control over his legion of managers to make sure the company has good processes and procedures in place to meet its marks and avoid legal or PR trouble. He doesn’t need to focus on gaining the respect of his employees because his title has done that for him. Pete’s not concerned about leading by example, but he is going to guarantee that the status quo is maintained.

While that person in the basement (let’s call her Basement Betty) is more focused on the people she works with and maintaining their morale as they perform their work of sorting the mail. She can see the important role that the mail sorters play, even though many would look at it as the lowliest role in the company. She knows how to speak to people in their language and inspire them to see and work toward her vision of the most efficient mail room around. Betty has gained control and changed her world, not by seeking it out, but through leading by example.

Sure, Penthouse Pete might be a better manager than Basement Betty, but managing requires a different skill set altogether. Although being a manager and being a leader are not mutually exclusive, they’re also not dependent upon each other. You don’t have to be a good manager to be a good leader and vice versa.

What Are the Differences Here?

Those are great analogies and all, but it’s always helpful to lay out the basics. According to Alex Lyon, a professor of organization communication and strategies, a manger has these four attributes:

Which Leadership Styles Are Available?

Lead by Example - Create a Vision

Lead by Example - Be the Last to Speak

What’s Your Next Step?

Jordan Peterson: ‘Lead by Example’ to Be Taken Seriously, posted to YouTube by Breitbart News on 12.24.18

On Leadership and Direction | Dr. Jordan Peterson, posted to YouTube by Speakers’ Spotlight on 8.08.17

Leading by Example, posted to YouTube by Communication Coach Alex Lyon on 5.30.17

HOW TO BE A LEADER – Motivational Speech By Simon Sinek, posted to YouTube by Reddot X on 7.13.18

How to Find Your Leadership Style: Crash Course Business – Soft Skills #14, posted to YouTube by CrashCourse on 6.13.19

Management vs Leadership, posted to YouTube by Communication Coach Alex Lyon on 2.11.17 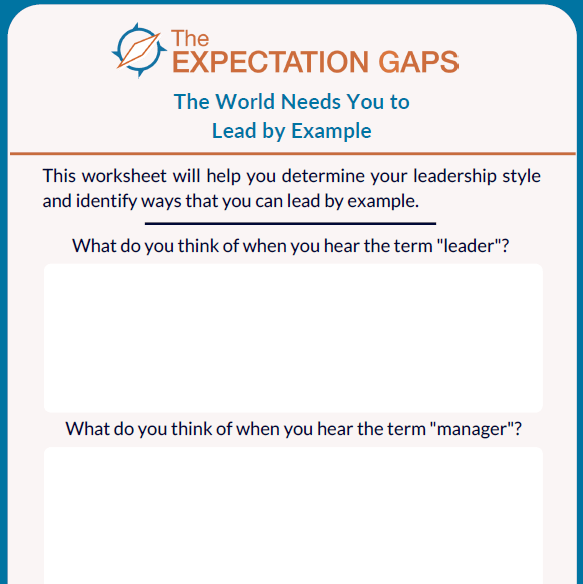 3 options for accessing the full worksheet:

After logging in, you will need to refresh this page to access the worksheets.

Don't See the Worksheet? You may need to become a Water Level member (link above - it's FREE!) or log in.

FILLABLE WORKSHEET - Note: You will first have to download the PDF before you can add text. You will also need Adobe Acrobat on your device.

Don't See the Worksheet? You may need to become an Espresso Level member (link above) or log in.

ONE-TIME PURCHASE OF FILLABLE WORKSHEET
Note: You will receive an email with the PDF file attached. You will also need Adobe Acrobat on your device. 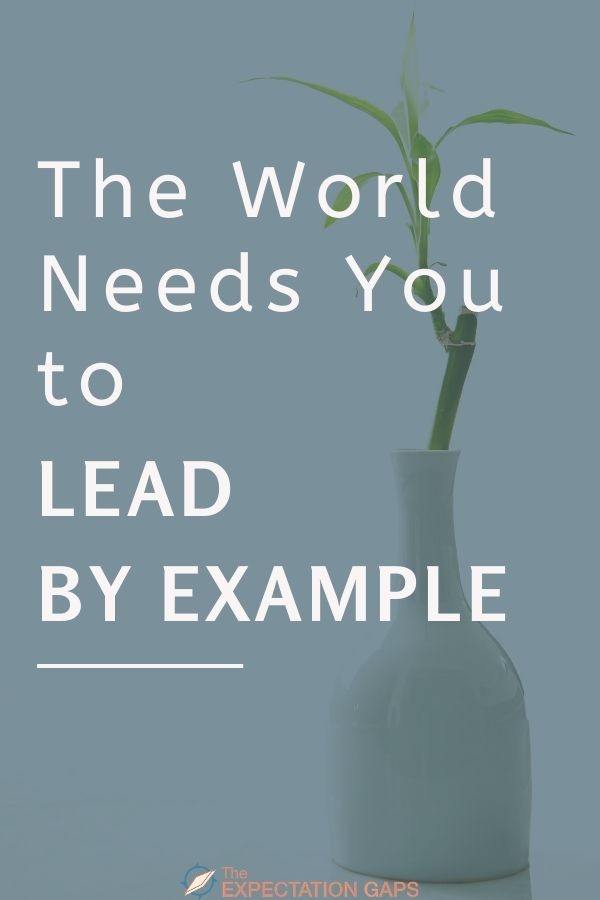